Global hydrology is concerned with the role of the terrestrial hydrological cycle in System Earth. In particular it focuses on the role of climate variability on global hydrology and the modelling of global water scarcity and groundwater depletion. To this purpose we have built a next-generation global hydrological model PCR-GLOBWB. The model has been used in various global or continental change analyses, such as the assessment of global nutrient dynamics, methane emissions, global water stress assessment, global flood risk analysis and global seasonal streamflow forecasting.

Global population and economic growth and the expansion of irrigated areas lead to an exponential increase in human water use since the 1960. Climate change on the other hand is expected to increase the probability and severity of droughts in already drought-prone areas of the world. The result is an increasing gap between water availability and human water demand, leading to water scarcity or water stress. We have developed the global hydrological model PCR-GLOBWB to model water availability. At the same time we have developed scripts to estimate human water demand from socio-economic data (land cover, GDP, population density, electricity use etc.). PCR-GLOBWB 1.0 and the water demand scripts PCR-GDEM operate at 0.5o globally, are coded in PCRaster and soon available for download. We have recently developed PCR-GLOBWB 2.0 that operates at 6 minutes globally and is coded in PCRaster-Python.  It is still in development. In PCR-GLOBWB 2.0 we will include water demand calculation and fully integrate demand-driven water withdrawal, consumptive water use and return flows as part of the global hydrological cycle. An important addition to other global analyses in the literature is that we include non-renewable groundwater abstraction or groundwater depletion (se example). Operational services for water scarcity forecasting are being developed within the EU project GLOWASIS. 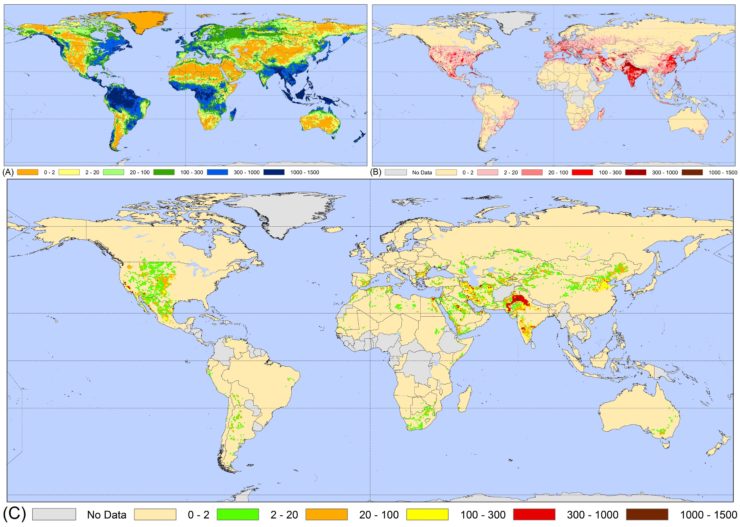 Apart from considering the detrimental effects from human water consumption, the occurrence of floods and droughts due to climate variability and climate change is an important area of research. In this focus area we study a) the effects of climate change on river flow (floods and droughts), b) the relation between land surface conditions evaporation and precipitation recycling, c) seasonal forecasting of river flow and soil moisture. Apart from the global hydrological model PCR-GLOBWB, we also employ statistical analyses and conceptual modelling approaches. Research under this theme is done in close cooperation with Deltares. 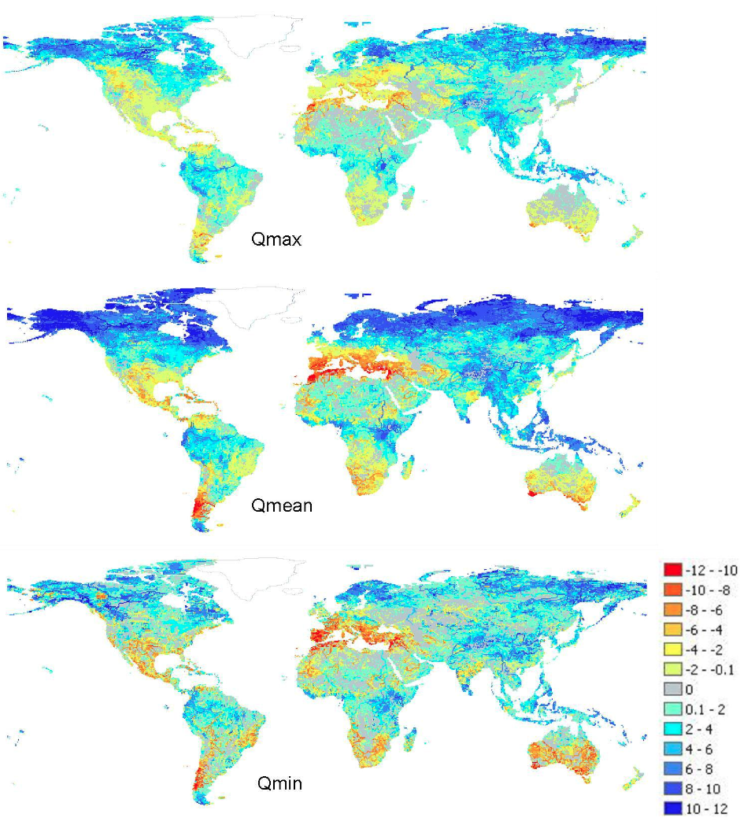 Water Towers of the Himalaya

The mountains of the Hindu Kush, Karakoram and the Himalaya in East Asia (HKH region for short) harbour the largest glaciers and snow stores in the world. Their fate under climate change has been heavily debated, with many contrasting reports of both disappearing and growing glaciers. We as hydrologists have asked ourselves a much more important question: how important are glaciers and snow of the HKH region for downstream water availability (and ultimately food security)? To answer these questions we are combining models of glacier dynamics and hydrological models with field data and remote sensing information. Central to this research line is the projects of Walter Immerzeel who keeps his own website on the subject. 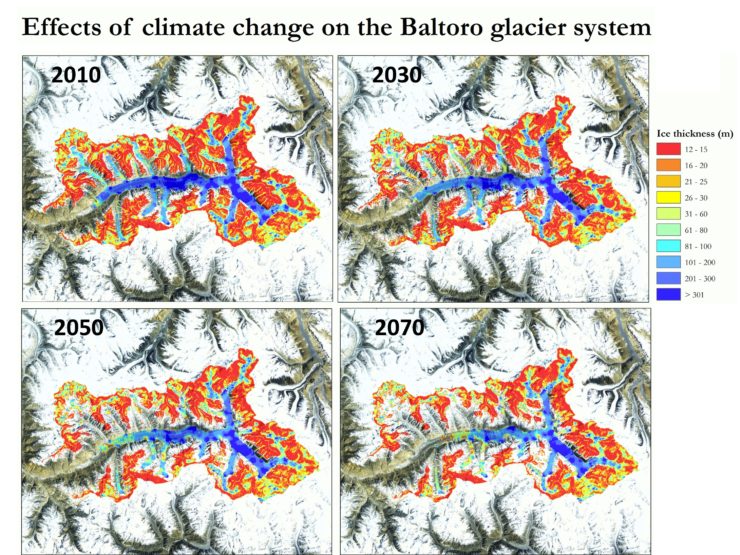 This sequence of pictures shows the 21st century ensemble mean projection of the ice thickness of the Baltoro glacier in the Karakoram mountain range for 2010-2070. Projections were made with a dynamic glacier model (see Immerzeel et al., Climatic Change in press) forced with an ensemble of five statistically downscaled GCM runs (see nature Geoscience doi:10.1038/ngeo1896, 2013)

Other global and regional studies

Apart from the three themes shown above, we also apply PCR-GLOBWB or regional versions thereof to a variety of environmental issues. Examples are the simulation of soil wetness, groundwater depth and inundation depth to calculate methane emissions, the simulation of global surface water temperature, mapping global wetland extent, simulation of continental-scale nutrient export and high-resolution coupled groundwater-surface water modelling. Future work will focus on the high-resolution modelling of lateral terrestrial N,P,C transport and the associated biogeochemistry in cooperation with the groups of Prof. Hans Middelkoop and Prof. Jack Middelburg. 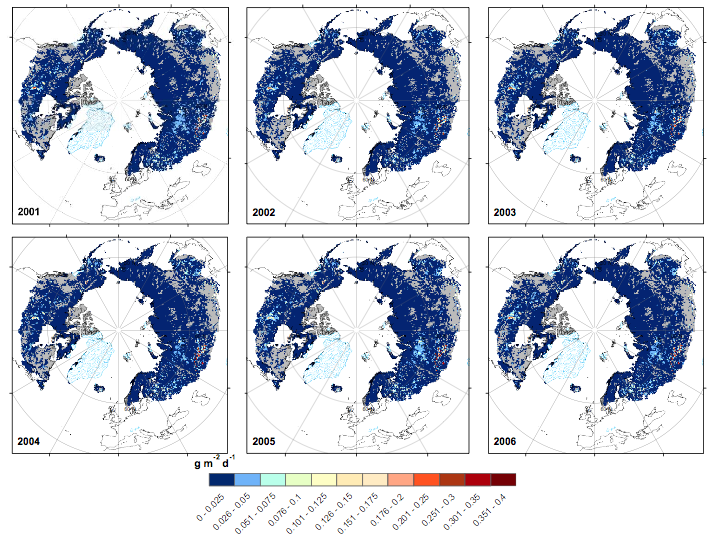